The Irish Museums Trust (IMT) is a non-profit charitable organisation dedicated to supporting the development of the Irish museum sector on the island of Ireland.  The IMT was founded in 1978 as a company limited by guarantee not having a share capital.

In 1986, the IMT was instrumental in setting up the country’s leading academic qualification for management in the cultural sector, the Diploma in Arts Administration at UCD, which became the MA in Cultural Policy and Arts Management in 2002. In 2019 the IMT introduced the Joan Duff Memorial Medal which is awarded to the top performing student on the basis of outstanding academic achievement in this programme. 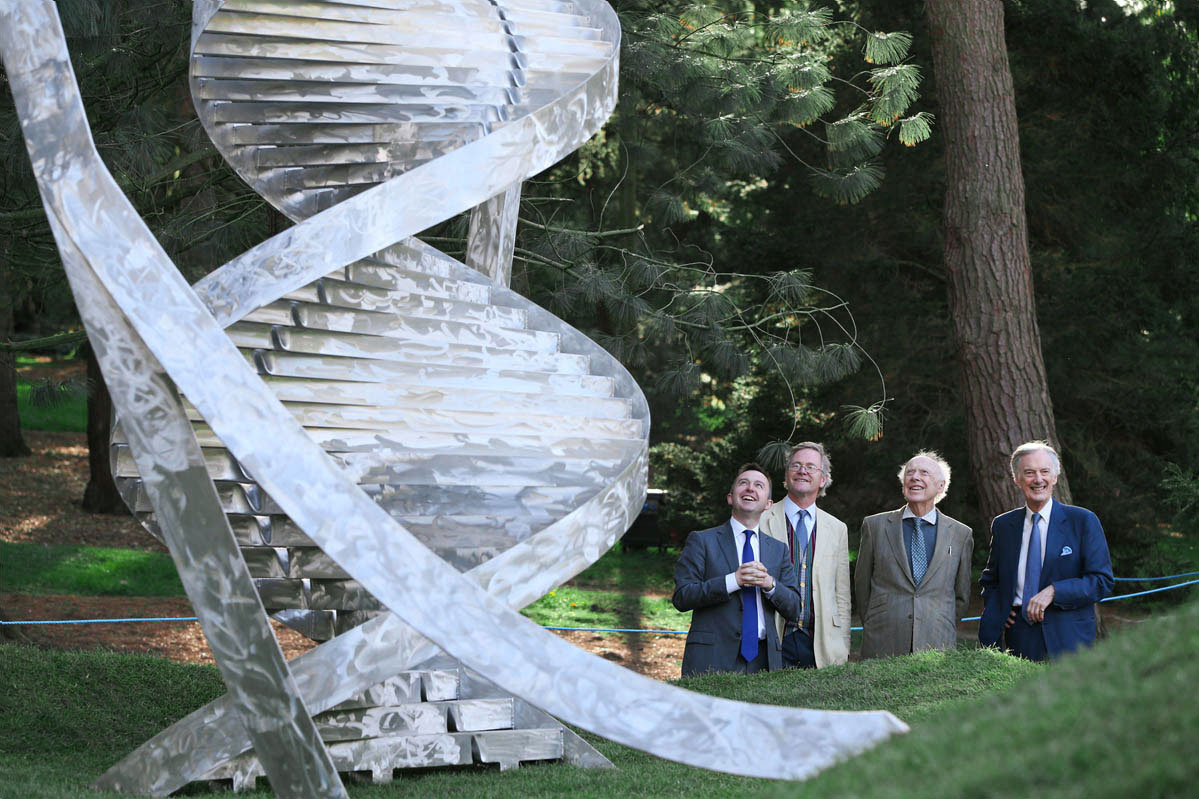 (L to R) Brian Hayes TD, Matthew Jebb, Jim Watson and Charles Jencks at the unveiling of ?What is Life? (2013) at the National Botanic Gardens, Dublin.

To celebrate the 60th anniversary of the discovery of The Double Helix by Watson and his colleague Francis Crick in April 1953 a sculpture was commissioned from Charles Jencks in 2013 by Professors John Atkins of University College Cork and David McConnell of Trinity College Dublin.  The sculpture was paid for by donations from John Atkins, David and Janet McConnell, Tara Atkins, David Went, The Irish Museums Trust, Feargal Quinn and Jim Watson and was inaugurated by Nobel Laureate James Watson on Sunday 28 April 2013. Minister for the Office of Public Works, Mr Brian Hayes TD, accepted the sculpture on behalf of the Irish people, saying “I wish to extend my heartfelt thanks, on behalf of the people of Ireland, for the gift of such an inspirational icon.

In 2020, the IMT announced the introduction of an annual grants scheme aimed at those working in the museum sector in Ireland and students involved in researching a subject, at research masters or doctoral level, relevant to the understanding, management or development of museums across the island of Ireland.